What Exactly is .NET Programming? A Definition, Pros, and Cons

Did you know that .NET is among the top three most popular programming platforms today? Interesting, right? Some people even think that it’s dead. According to the 2019 Stack Overflow Survey, it ranks only Asp.NET as the most common programming platform. 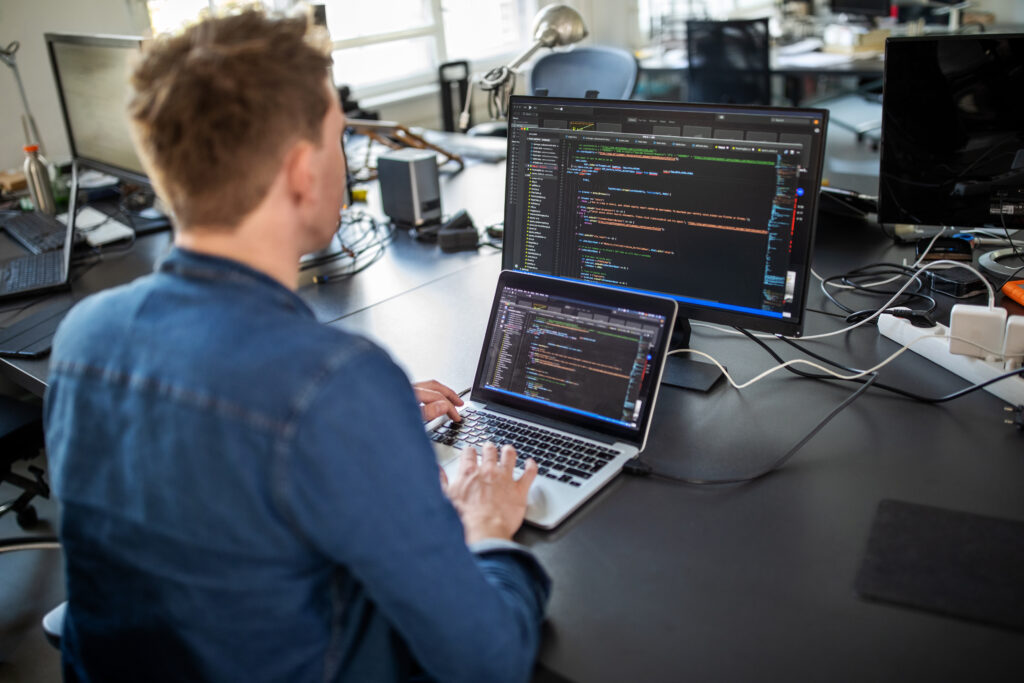 Needless to say, the .NET Framework will “go into decline” at some point. However, its use in small and medium enterprise office applications means we’ll see it around for a while. The following is everything you need to know about the framework.

.NET is a software development framework and ecosystem created to enable easy development of desktop and web applications. It was designed and is supported by Microsoft.

The platform’s popularity primarily stems from the fact that it provides a programming environment for most phases of the software development process. People who benefit the most from .NET are small and medium-sized businesses seeking web-based services, desktop software, and cloud infrastructure support.

The .NET Framework is based on object-oriented programming (OOP). OOP, at the most basic, is a programming approach where software is broken down into smaller pieces for easy management. It puts data into objects and objects into object classes, which can be combined with ease during programming.

The primary benefit of OOP is that it simplifies programming by making code easier to manage and test. Responding to recurring issues is also easier. Above all, object-oriented programming makes it possible to reuse code.

The .NET platform comes with all these OOP benefits, thus saves time and, ultimately, the cost of software development.

Caching, in programming, is the process of storing data in temporary memory so that you can access it quickly whenever you need it. This data can be the result of an earlier information request or perhaps just information found in other locations that would take longer to access during programming.

Pretty much all development frameworks allow for caching. What makes the caching system in the .NET Framework special is that it’s robust and simple to use.

The .NET Core, one of the chief components of the .NET Framework, is a cross-platform development service that allows developers to create applications that can run on Windows, macOS, and Linux.

The implication is that whether you’re working on C, C#, or VB.net, the code you write can be run on all the three operating systems. It’s a major attraction for businesses seeking cross-platform applications.

It’s also worth noting that the .NET Core platform implements a fully open-source code where contributors from Windows, Linux, and macOS can participate.

Deploying the .Net Framework is very easy. You can either install it as part of your application or handle the installation separately. Furthermore, the modular design anticipates that you’ll need several dependencies and installs with those needs in mind.

What’s better – you can have two or more versions of the .NET Framework running side by side on the same computer! This degree of flexibility can prove invaluable where you need to cover multiple projects at the same time.

In 2016, the .NET platform was enhanced with a new large library known as the .NET Standard. The .NET Standard is a universal library featuring class libraries of .NET Core, the .NET Framework, and even Xamarin.

The new library’s key benefit is that it makes it easy to work with common functions, such as database interaction, rendering of graphics, and manipulations involving XML documents.

Finally, the .NET Framework guarantees reliable support. From having the best engineers on standby to handle any arising issues to constantly improving their IDEs and Frameworks, Microsoft makes using the .NET platform truly rewarding.

Although Dot Net is one of the most powerful programming platforms today, it comes with a few drawbacks. The two most notable challenges are;

The OOP programming approach which the .NET platform uses is based on objects (as opposed to actions). It’s also centered on data rather than logic. Support for both the objects and data is provided by the Entity Framework – an object relational mapper (ORM) that links .NET objects with SQL databases.

Unfortunately, building applications on the .NET Framework is too expensive. Compared to other platforms, you’d even say it’s exploitative.

For starting developers and budding enterprises, these exuberant costs are enough reasons to consider other development platforms.

In the end, the .NET Framework from Microsoft is a great platform for enterprise software development. Its OOP roots, the robust caching capabilities, and cross-platform development qualities make it particularly attractive. However, the database support limitations and exploitative pricing are potential turnoffs.

If you’re still convinced that it’s the development platform for you, United Perfectum can help you get the most of the Framework. Contact us today to learn more.