Through the Years: The History and Evolution of Blockchain

The global blockchain market, currently valued at $3 billion, is projected to grow at a Compounded Annual Growth Rate (CAGR) of 67.3% over the next five years, reaching about $39.7 billion in 2025. This fast growth is fueled primarily by the increasing need to simplify business processes. Supply chain management applications driven by blockchain provide the easiest way to realize the desired simplicity. 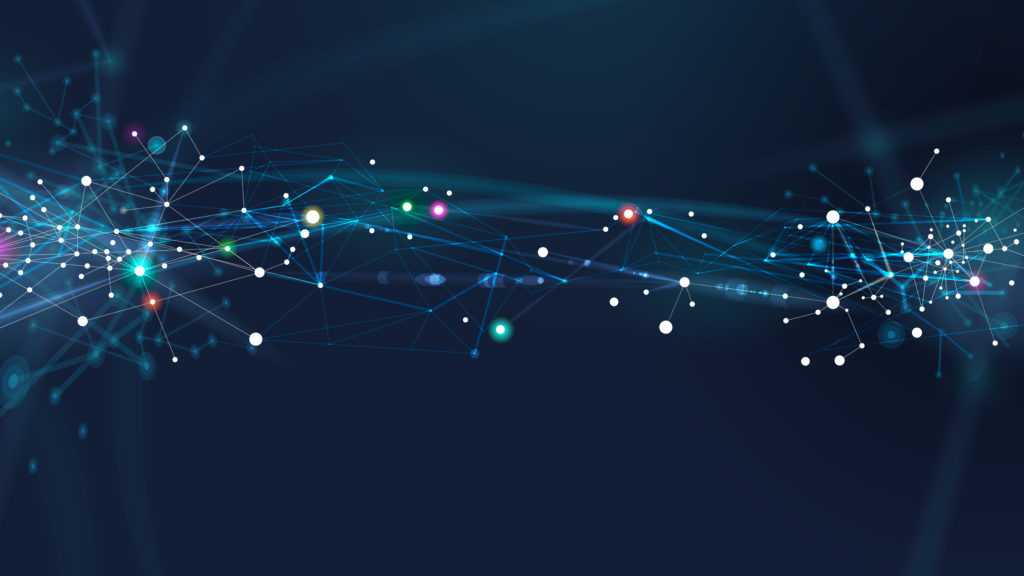 As we enter this quiet revolution, perhaps it’s a good time to pause, step back, and take time to appreciate how far technology has come. Let’s start with a definition.

Some academics call it a Distributed Ledger Technology (DLT). A DLT is a consensus of replicated, shared, and synchronized digital data geographically distributed across multiple institutions throughout the globe.

How it All Started: the Building Blocks

Blockchain didn’t start as what we know today. Instead, it began as a series of events that eventually led to what we now call blockchain.

The first occurrence in this series of events was the development of a peer-to-peer (P2P) network. A P2P network is a decentralized infrastructure where two or more computers/devices connect for the sole purpose of sharing information. ARPANET (in 1969) was the first known peer-to-peer network.

Several other P2P networks were later developed, including the USENET of 1979. However, it was not until the development of Napster in 1999 that the concept of P2P computing went mainstream.

The two technologies encrypt information to facilitate the safe exchange of data over the internet. In both cases, a sender obtains the recipient’s public key and uses it to encrypt data. The recipient then uses a private key to decrypt and read the received message.

Finally, the Proof of Work (PoW) protocol was developed starting around 1993 with the primary goal of deterring cyber-attacks. PoW works by exhausting the resources of a computer system. It does so by sending multiple fake requests. The term Proof-of-Work was formally adopted in 1999.

The Early Days of Blockchain

With the three key building blocks available, it was always going to be a matter of time before a technology like blockchain was built. That breakthrough came in 2008 when Satoshi Nakamoto published a paper on “Bitcoin; a Peer-to-Peer Electronic Cash System.”

Bitcoin aimed to provide an alternative to fiat currency. It was visualized as a secure, decentralized, global digital currency that would be used as a medium of exchange.

Within a few months of the release of the Bitcoin whitepaper, the code for the new currency was made open source, permitting anyone with interest to build on the existing code. The result was the so-called altcoins, including Litecoin and Namecoin.

From Bitcoin to an Expanded Blockchain

One of the reasons blockchain proved a lot more valuable than first thought was the decentralized nature of the technology.

Blockchain is a distributed ledger designed in such a way that it records transactions permanently without the need for third-party authentication. This makes it useful in any application that requires increased transparency, speed, and decentralization.

Following this realization, developers began attempts to repurpose the technology. The expanded research initially targeted healthcare, insurance, voting, and supply chains. Although Nakamoto had aimed at solving the problem of the financial market, where regulators control was too high, it appeared that he solved a general business issue common to any industry – the lack of trust. Decentralized regulation based on the absence of one center which can manipulate the data appeared to be important for so many domains.

One of the first major discoveries arising from the expansion of blockchain researches was Ethereum, developed in 2013 by Vitalik Buterin. Ethereum is technically a blockchain cryptocurrency. Indeed, it’s currently the second-largest cryptocurrency in the world by market capitalization.

However, unlike Bitcoin, Ethereum also doubles up as a platform to build decentralized blockchain applications. A unique feature within the platform, known as smart contracts, provides a way for blockchain technology to be used to exchange, directly, anything with value, effectively eliminating the middleman.

This opened up a new world of possibilities. Initially, only Bitcoins could be exchanged using blockchain. However, following the development of Ethereum, especially smart contracts, other assets, such as bonds, loans, services, and even physical products, could be exchanged!

Smart contracts allow goods to be held in escrow until a predetermined set of criteria is met. Once each party meets its contractual obligations, the funds are released.

A Shift From Proof-of-Work to Proof-of-Stake Mining

Microsoft and the UBS bank are some of the major enterprises that have recently adopted smart contracts – to great success. But, blockchain continues to evolve, the most recent development being the shift from proof-of-work mining to proof-of-stake mining.

Mining, in the blockchain world, is the process of creating new blocks in the chain and verifying transactions. Initially, this was done by computer power in what was known as proof-of-work mining. Miners used their computing power to solve complex mathematical problems and were rewarded with new tokens or a share of the fee.

Unfortunately, the proof-of-work method proved unsustainable. Since rewards were based on the miner’s computing power, the system was open to manipulation.

In what became known as a 51% attack, for instance, groups of miners with tremendous computing powers combined to control mining processes. They could reverse or even halt payments to others, and, in the process, make double profits for themselves.

A new mining formula, known as proof-of-stake, was created to solve the problem. Proof-of-stake mining chooses a validator to create the next block rather than surrender all mining gains to those with the highest computing power. To become a validator, one must deposit a small stake (of coins).

As a result, miners no longer compete based on who has the most computing power. Instead, it’s about proving that you have a stake.

Today, blockchain serves pretty much every industry, even if in a limited capacity. The technology is used in banking, retail, supply chain, logistics, and insurance sectors to increase transaction processing time and increase transparency. It also boosts transaction security and helps resolve disputes.

Moreover, blockchain has a bright future. Experts believe that if there is a fourth industrial revolution, blockchain will be at its center.

United Perfectum is a global leader in emerging business technology solutions. We build and even source technologies to help enterprises boost efficiency and growth. Our blockchain development expertise is solid and mature, and our portfolio of blockchain-based cases is steadily growing. So, contact us today for all your blockchain needs.