The IoT Evolution: 4 Trends to Look Forward to in 2020

Widely considered the next big thing in tech, the Internet of Things (IoT) is marked for explosive growth in the next few years. The Business Insider, for instance, predicts that there will be 64 billion IoT devices by 2026, while the International Data Corporation puts the figure at 41.6 billion by 2025. The IDC even projects that these devices will be generating 79.4 zettabytes of data. Many other stats are pointing to massive IoT adoption in the next half-decade. The Business Insider article, for instance, goes on to mention potential applications, including smart cities, self-driving cars, and on-demand health care as factors that will accelerate the adoption of IoT. 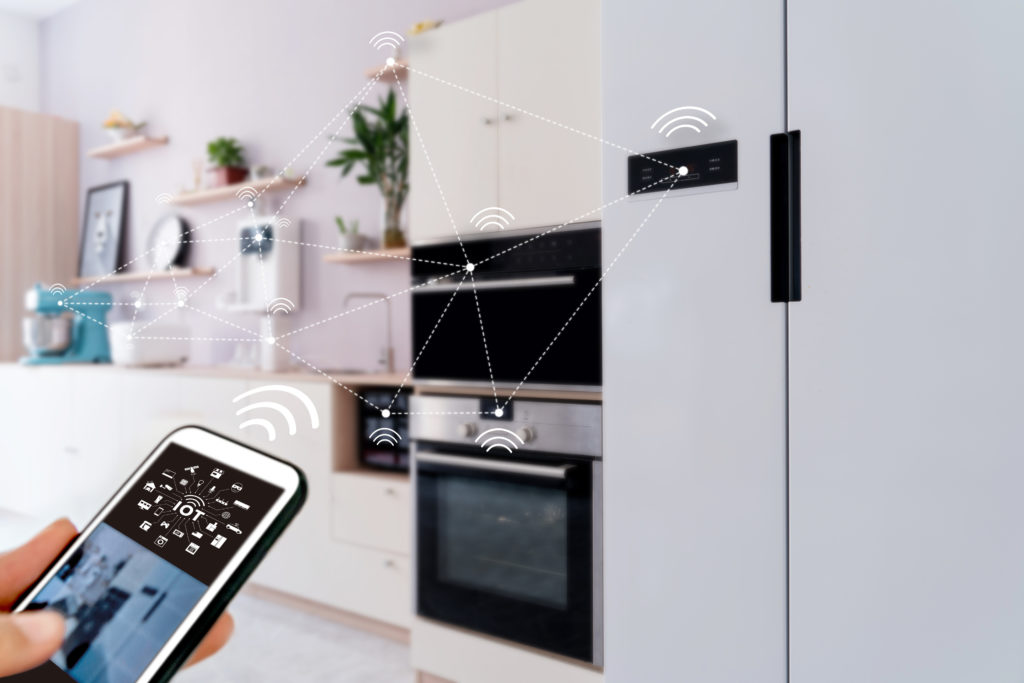 We’ve done our research too and, today, we want to help you prepare for the future by discussing some of the top IoT trends expected over the next year.

#1: IoT Growth Spurs the Rollout of the 5G Network

The first thing we’re likely to see as IoT takes off proper is the wide-scale rollout of the 5G network. There are two reasons why. First, for IoT to reach the anticipated levels of dominance, a fast, reliable network is needed. Only 5G can provide the necessary speeds and reliability. 5G guarantees;

Secondly, IoT essentially means a wide-scale “connection” of devices. It means that these devices must be able to communicate seamlessly. This will, in turn, necessitates a common platform. 5G looks more and more like that platform, as it, among other things;

In a nutshell, expect an even faster rollout of the 5G network as well as an increase in 5G-enabled devices through 2021. Vodafone, T-Mobile, AT&T, and Verizon are the mobile network operators (MNOs) blazing the trail on mass 5G adoption.

#2: The Migration from Cloud to Edge Computing

In the traditional cloud computing paradigm, data and services are stored in large data centers, sometimes located half the globe away. Edge computing changes this by bringing the data stores/servers close to the source of data. These data stores will mostly be personal computers.

The reason why edge computing is imminently needed as we enter the IoT age is the massive number of devices and volume of data expected. With over 41 billion IoT-enabled devices expected in 2025, you can see how that would impact the traditional cloud.

Think about over a billion devices attempting to access Amazon’s AWS or Microsoft Azure at the same time. It would create chaos, right? Not only would the likes of Amazon and Microsoft need even larger data centers, but things like security also become a challenge.

Edge computing, which is easily deployed and manage in remote sites, provides an opportunity to bridge the IoT infrastructure as well as eliminate some of the security pitfalls.

As the digital evolution enters the home stretch, IoT is also likely to merge with AI to give us a smarter IoT world.

AI essentially refers to when a machine can analyze data at its disposal to extract meaningful information that allows it to complete a set of tasks or predict future trends automatically. IoT, meanwhile, refers to a connected set of digital “things” such as refrigerators, smartwatches, TVs, sensors, medical equipment, etc.

An intelligent internet of things (also known as AIoT), therefore, would result in connected “things” that are also intelligent enough to make smart decisions.

Forbes contributor, Bernard Marr, gives a few examples of what AIoT would look like. A smart retail environment, he says, would be equipped with a camera system with computer vision capabilities to conduct facial recognition when customers enter through the door.

But, it would end at that. Instead, the system would also gather useful customer information, such as gender, product preferences, and purchase habits. This data is then entered into business intelligence (BI) systems and analyzed to;

An intelligent IoT system would also be self-preserving. Through real-time data analytics, the system would be able to foresee faults and enable self-diagnosis and management.

#4: The Convergence of IoT and Big Data

Finally, 2020 could also be the year when we begin to see the convergence of IoT and Big Data. First off, you need to know the difference;

The first noticeable sign of convergence between the two is the vast amounts of data that IoT is already generating. In 2014, EMC2 predicted that Big Data would double in size every year to reach 40 zettabytes in 2020. However, thanks to IoT, this estimation has had to be revised. With IoT growth predicted to grow even faster over the next 4-6 years, the rate could likely be revised again.

Another area where the two will converge is when IoT data streams integrate with Big Data. A data stream is a continuous flow of data, such as face recognition data from a store camera. To process these large and endless volumes of data, you need complex algorithms of Big Data platforms, such as the Amazon Kinesis and Apache Kafka.

As IoT finally takes shape and millions of new data streams emerge, expect to see many of these complex data processing algorithms and platforms.

How United Perfectum Can Help

Here at UP, we specialize in emerging technologies and business solutions. Whether it’s IoT, 5G networks, Cloud Computing, AI, or Big Data, you can rest assured that we’re at the forefront of any emerging solutions. Partner with us today so we can help you take advantage of these new technologies.