The Angular Development Platform: Everything You Need to Know

Despite the emergence of highly-competitive alternatives such as React and Vue.js, Angular remains the most popular user-end web development framework. According to a 2019 StackOverflow survey, about 30.7% of all software developers use one of the many versions of the framework. Indeed, the number of Angular users increased by 50% between 2018 and 2019. 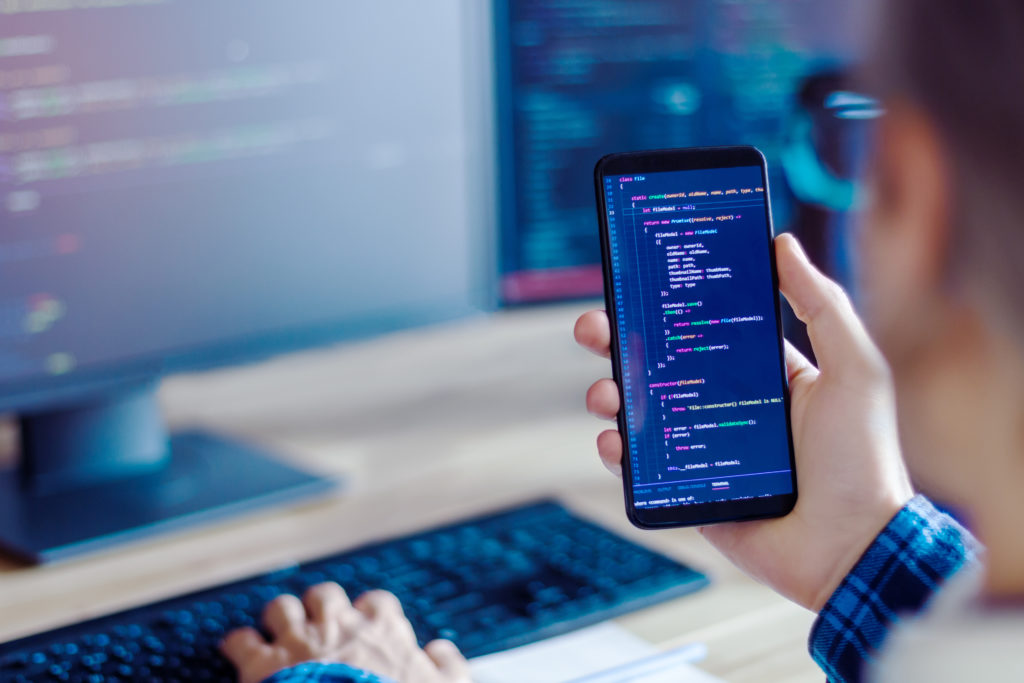 So, what makes it so appealing? Why are so many software engineers still holding onto Angular when options such as Vue.js provide nearly everything you’d get from Angular? Let’s find out.

Angular is a front-end web development platform. It compares to JavaScript frameworks such as React, Aurelia, and Polymer.

The history of Angular can be traced back to around 2009 when Adam Abnos and Misko Hevery, then Google engineers, began working on a platform to let developers turn HTML-based documents into dynamic content. That’s when Angualar.js, the very first version of Angular, was born.

Before the arrival of Angular.js, HTML was static – users couldn’t interact with an interface on an HTML page. A few ways existed to build single-page applications (SAPs), but all these methods were too long and complex.

How Does It Work?

JavaScript, though incredibly powerful, can also be a little tedious. For every application you develop, there are multiple lines of code that you need to re-write.

Often, you’ll find that you’ve written some of these lines before. Maybe you even have them in your Notepad+++ for easy access, so all you need to do is copy and paste them to the current project.

That’s where a problem arises. No matter how fast you can copy-paste code, it consumes a lot of time. From leveling margins to reducing padding, condensing bars, and centering your text, for instance, it’s a lot of unnecessary, repetitive work. Even the menus and mobile headers you sometimes spend hours developing are often already available somewhere.

For developers, Angular was developed to eliminate these tedious, repetitive, and time-consuming tasks. Once you’re familiar with the framework, it significantly simplifies the development process, allowing you to do more work in less time – thus make more money!

Some of the key instances where Angular might come in handy include when;

Angular Versions Through The Years

The Angular framework has evolved massively since its inception in 2009. Indeed, there are now two broad categories of angular – the older category known as Angular JS and the new one popularly known as just Angular. Today, when people talk about Angular development, they’re referring to the new version.

All the successive versions added a few important features to the original version. Angular 9, released in February 2020, for instance, boasts multiple improvements. The main change sees a full switch to Ivy Renderer for all Angular applications. The Ivy Renderer was first introduced in Angular 8.

Pros and Cons of the Angular Development Framework

Here, we’ll focus only on the advantages and drawbacks of the latest Angular development framework, i.e., Angular 9.

In Angular, each UI element on the screen can be a component. This allows developers to build UIs with many moving parts. The even better part is that all these parts are reusable. Such an architecture guarantees a greater quality of code. The code is not only more readable and maintainable but also easier to test.

Angular is written using TypeScript, a superset of JavaScript which fully compiles to JavaScript. But, there’s more; TypeScript is also much better at catching and eliminating common mistakes when typing code. In large-enterprise application development, this can make all the difference. It results in much cleaner code that allows for easier, faster scalability.

Angular advocates for cross-platform resource sharing. The idea is to be able to share resources, including codebase as well as engineering skillsets, across all the major platforms (Web, iOS, and Android). Today, for instance, a lot of development resources and concepts, including data binding and routing, are similar on both the Angular platform and NativeScript (a framework for building close to mobile apps).

Finally, the fact that Google supports Angular is a massive endorsement. It tells you that the platform is not only dependable but also trustworthy because it most likely keeps up with Google’s updates and regulations.

Any web application you develop today must be created with search engine searches in mind. Angular fails terribly in this regard. It not only provides limited SEO options but its access to search engine crawlers is also poor. Hopefully, this is a problem that won’t persist for long, given the connection between Angular and Google.

Although the newest version of Angular is much easier to learn compared to the original Angular JS, it’s still rather complex. Mastering the modules, integrations, coding languages, and customizing the various capabilities are some of the processes that take a bit of time.

Angular can be a lifesaver in a lot of situations, especially when working on a large, enterprise-scale web application. But, it also comes with a few painful challenges, particularly when dealing with smaller projects.

The good news is that you don’t have to go the distance on your own! United Perfectum specializes in building and providing key business solutions. If you’re currently considering Angular, we can help. Contact us today to learn more.