How Much Do Cyber-Threats Cost

Every day groups of experienced cybercriminals gain control over other people’s computers and gadgets by implementing series of programs that destroy particular websites. In several minutes these programs shutdown ATM stations, companies, phone lines, and even governmental websites of different countries. That is why many countries now pay more and more attention to cybersecurity and control over informational resources.

Senior vice-president and executive director of the company working in informational security John Stuart claimed, “In 2017, cyber-space is a business and businesses run in cyber-space, and it requires a completely different approach and different results. One needs to be always developing and this development should be estimated regarding effectiveness, costs, and wisely thought-of risks. Report on informational security shows and, I hope, grounds our answers to problems of budget, staff, innovations, and architecture.”

Almost 3000 informational security directors and heads of IS departments from all around the world took part in the research.

According to the research more than a third of the organizations who have had their informational systems hacked in 2016 spoke about significant (more than 20%) losses of income, lost opportunities, and the outflow of customers. Most of these organizations, after such attacks, began to improve technologies which protect them from threats, started dividing functions of IT, and for the departments that provided informational security, started intensifying trainings and implementing methods for cutting the risks.

As the report claims, hackers use these gaps, returning to “past attacks” such as pilot versions of software and mail spam. It should be added that quantitative spam statistics amaze—almost two-thirds (65%) of messages are considered spam and 10% of them are regarded as dangerous. This already existed in 2010. In addition, more and more spam is being received from big botnets. 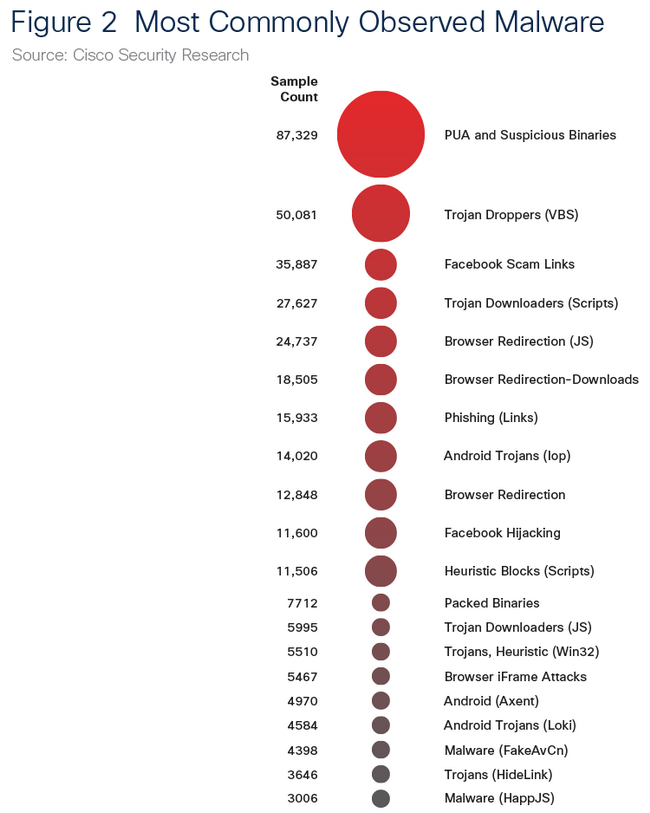 How much do cyber-threats cost for businesses: lost customers and small income

In its report, Cisco demonstrated the potential connection between cyberattacks and the company’s condition. Cyberattacks resulted in the following:

Criminals use old, proven technical methods as before but together with that, they create new opportunities.

How to minimize the risks of cyberattacks

The development of technologies provokes the development of cyber-attacks’ methods but at the same time allows to protect from them more effectively. The most important part of this is the availability of a strong security base. Modern underground economy makes cybercrime a kind of business, which does not require many expenses. Nowadays criminals can be whoever they want and live wherever they want and they don’t need any extra knowledge. It is enough to purchase one of the exploits package.

As you can see from this article, the most important thing in prevention of cyber-attacks is paying enough attention to security and taking seriously any (even small) changes or malfunctions in the system in general or its particular parts.