All of the announcements at Google I/O: we tell about the future, we mean “artificial intelligence”

There are vicious cycles of announcements: new possibilities of apps and engine services are discovered and capacity exceeds expectations at the conference Google I/O. The essential things concerning Android future and ecosystem of Google are revealed in this review. It just seems like artificial intelligence (AI) is associated with the word “future” for Google. 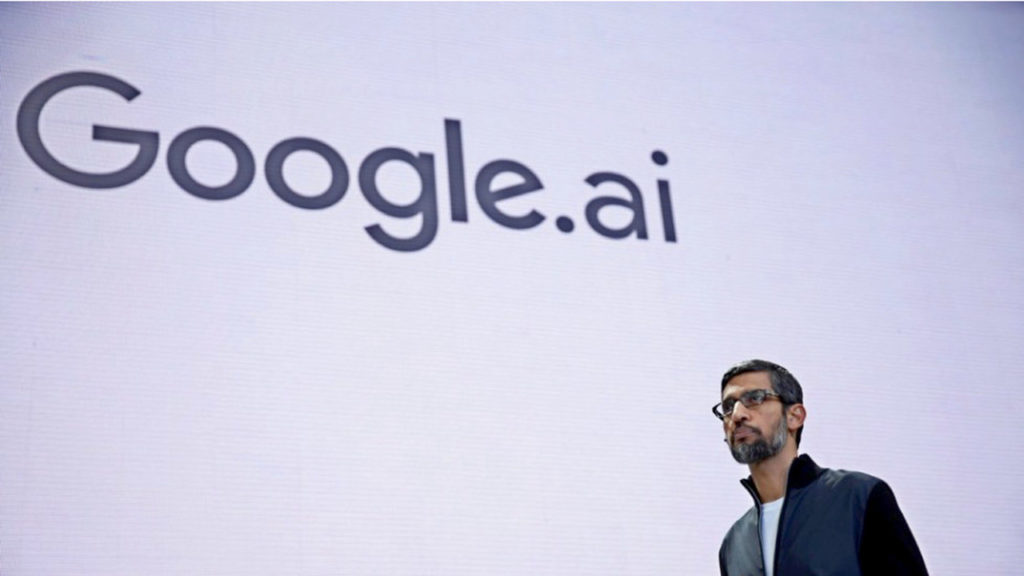 There is no full name for a new operating system that was released as a trial version by Google, but we have a beta version.  It is probably the best selling Android release—the company has paid attention to the disadvantages of previous versions that users didn’t like at all. One can see that Mountain View keeps an eye on the developments of experts from neighboring Cupertino. New opportunities for energy-saving are implemented in Android O: background applications will not waste your smartphone battery for unnecessary location requests and data transfer. Smartphones will load more quickly. The continuous flow of notifications will not bother you, experts will care of it using notifications grouping, you will not miss something important because of tags—“points” on the icons. But, unlike the implementation on iPhone, you can see and remove the notification by long clicking on the icon.

The mode “image in image” is also an important innovation on iPad and Mac: here, there is an opportunity to place a little window with video over other programs. But this applies only to YouTube, with a paid subscription Red, as well as video chat Google Duo.

Technology Google Lens is not accessible to the community yet, but it appears to be a very worthwhile thing. “Computer vision” helps to identify the objects and provide information on them. It can be a useful thing, and you can identify an unfamiliar plant you are interested in or see feedback on a restaurant, or even connect to Wi-Fi after installing a new router.

During the presentation, it was shown the way Google Lens integrates with other services: a special button in app Assistant allows one to take a picture and insert it into the conversation. The Assistant will process it, “understand” it, and try to provide relevant information. You can even take a photo of a Japanese hieroglyph by means of this button, ask “What does it mean?” and the app will respond.

Assistant: in Google Home, on iPhone, in refrigerator 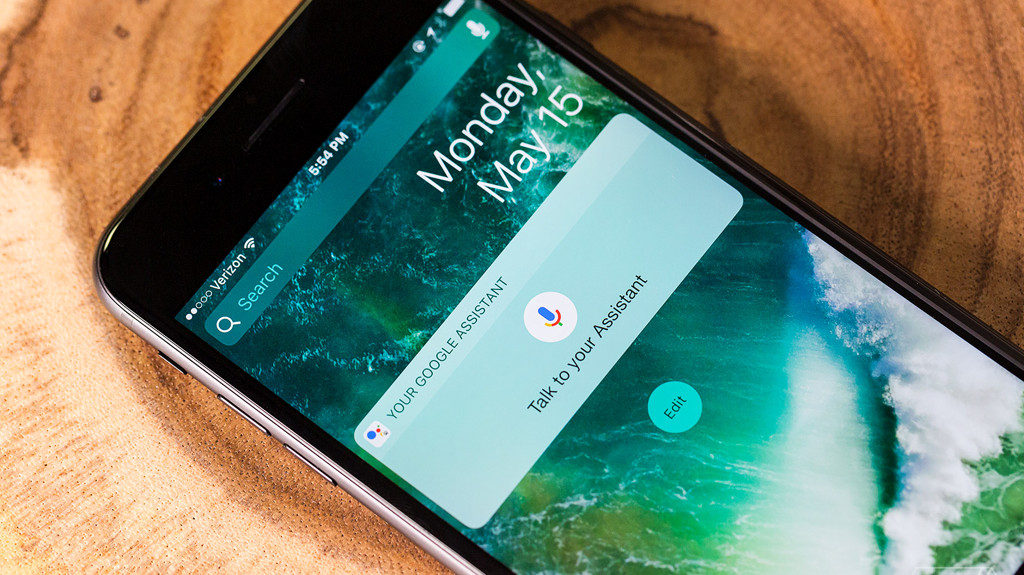 Voice helper Google Assistant is not as popular as Apple Siri and Alexa from Amazon. As for Google Home column and sales, it is a long way away from devices such as Amazon Echo. New functions of smart voice services will help to correct the situation. For example, Google Home column can be used for free Internet calls to any number in the USA and Canada. The application recognizes the voice of the family member who called you and the app defines the right number. In addition, the column will give notices about road problems, the upcoming weather cataclysms, and so on. If “the app has something to say,” the lights on the display will signal. To hear the notification, you should pronounce the appropriate command.

Currently, this service works in the USA on iPhones and other languages will soon be included, for example, French and German (there is no information about Russian). Developers will be able to create new functions for Assistant—the corresponding SDK is released. 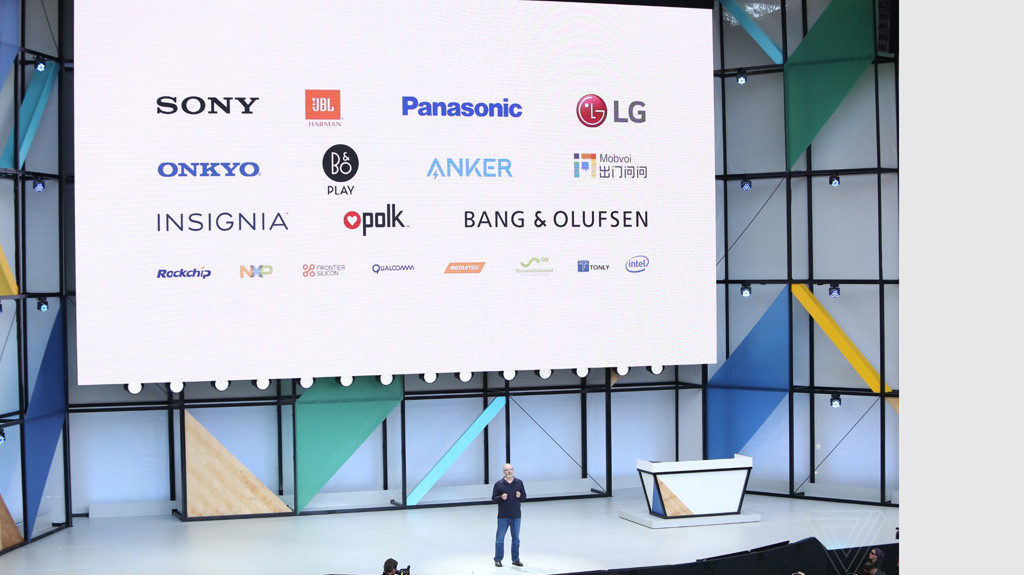 Assistant support is about to be implemented into household appliances—namely, LG with their “connected” refrigerators, ovens, and washing machines, and GE appliances— everything is a reality. All you need to do is to speak with the column Google Home or a smartphone and you will be able to control it and there is no need for special apps of LG or GE, as it was earlier. In fact, the process may still seem slightly difficult: the user has to make a request to Google Assistant, Google Assistant to the app of GE, if the dishes are clean. As for Sony, Bang & Olufsen, etc. the sticker “Google Assistant Built In” will be out soon for separate models of household and audio-video equipment.

Artificial intelligence will parse your photos 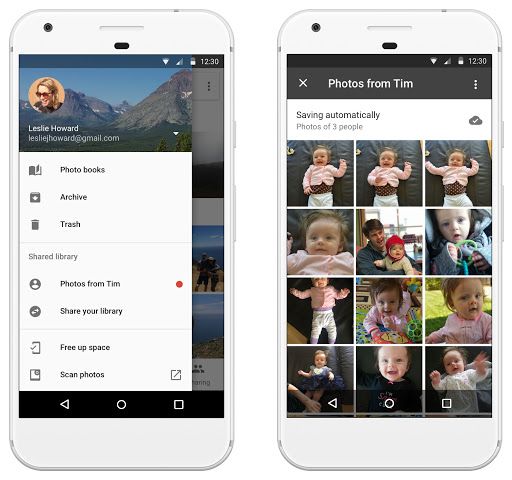 This app is an indispensable assistant to store photos and videos, and arrange, process, and share them. Over a billion photos and videos are posted on the servers of the company from devices every day. Developers have promised to make the service easier for users by expanding its “intelligence,” for example, if the app identifies one of your friends in the pictures, it will offer you to send him these photos. It also can create an album with children’s photos that will be available for both parents to see.

With regard to your pictures, all data is received from Google Photos and Gmail. Privacy proponents are not happy about it, but Google has promised that all of these functions will be seriously taken into consideration—there will be no default settings.

This service is on its way to new tricks and developers are developing technologies to improve pictures: users will be able to remove a chain-link fence without leaving a mark, fuzzy pictures will be hidden, etc. Another innovation that is about to appear in Google Photos (for the USA) is automatic creation of photobooks—they can be delivered.

Artificial Intelligence will help to find a job 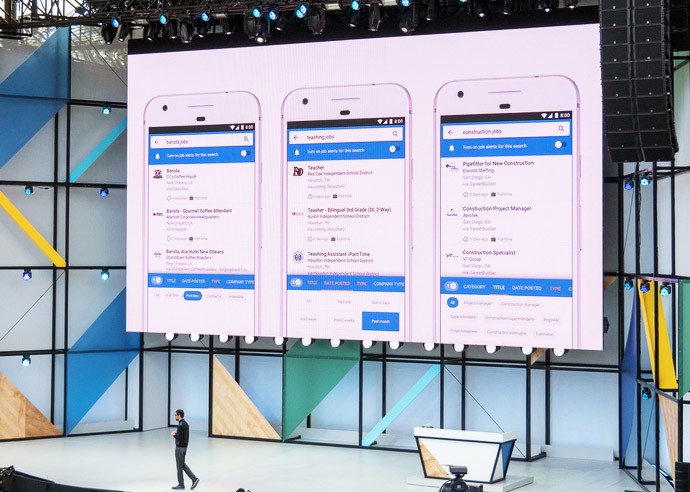 The following task is to help employers and job seekers to find each other, and AI will deal with it. LinkedIn, Monster, CareerBuilder, Glassdoor, and even Facebook have become partners that provide data to Google for jobs. The app works as an engine service, processing information from multiple sources. You can even set up notifications, in case a new vacancy appears in the system. 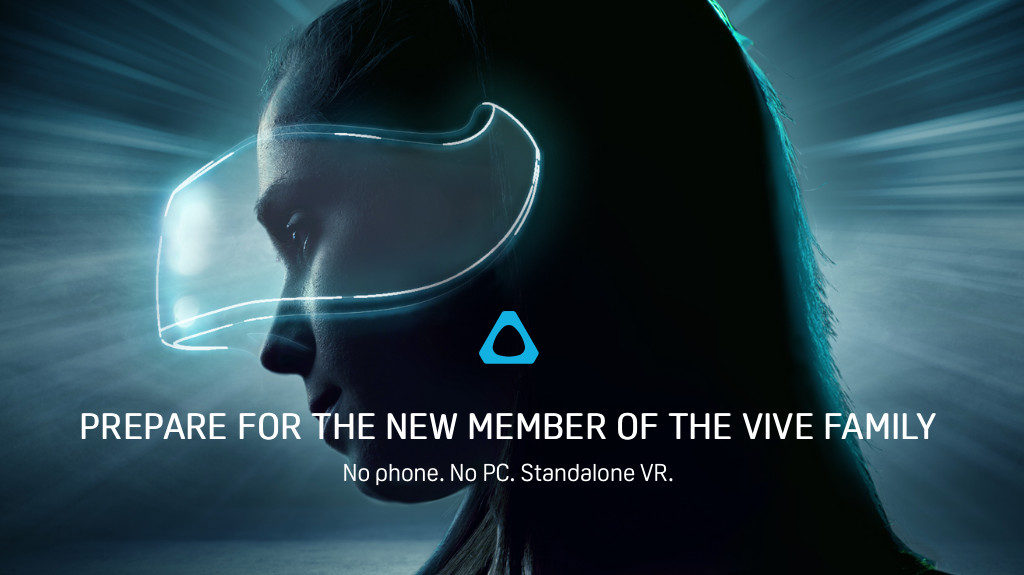 New helmets of virtual reality Daydream VR were announced on the first day of the conference. Last year, it launched the headset under this name—the analogue of Gear VR by Samsung and a lot of other similar gadgets.

By the end of the year, Daydream of quite a different kind, namely autonomous helmets, will have been appearing which already have the necessary electronic stuffing. It is important that helmets will be able to monitor user movements by means of sensors and no additional external cameras will be needed. It was promised at the conference that Lenovo and HTC would launch such devices by the end of the year. The name of the device by HTC is known: Vive Standalone. Samsung, by the way, decided to meet Google halfway and it will support the platform DayDream VR in its new flagship smartphones Galaxy S8 and S8+.